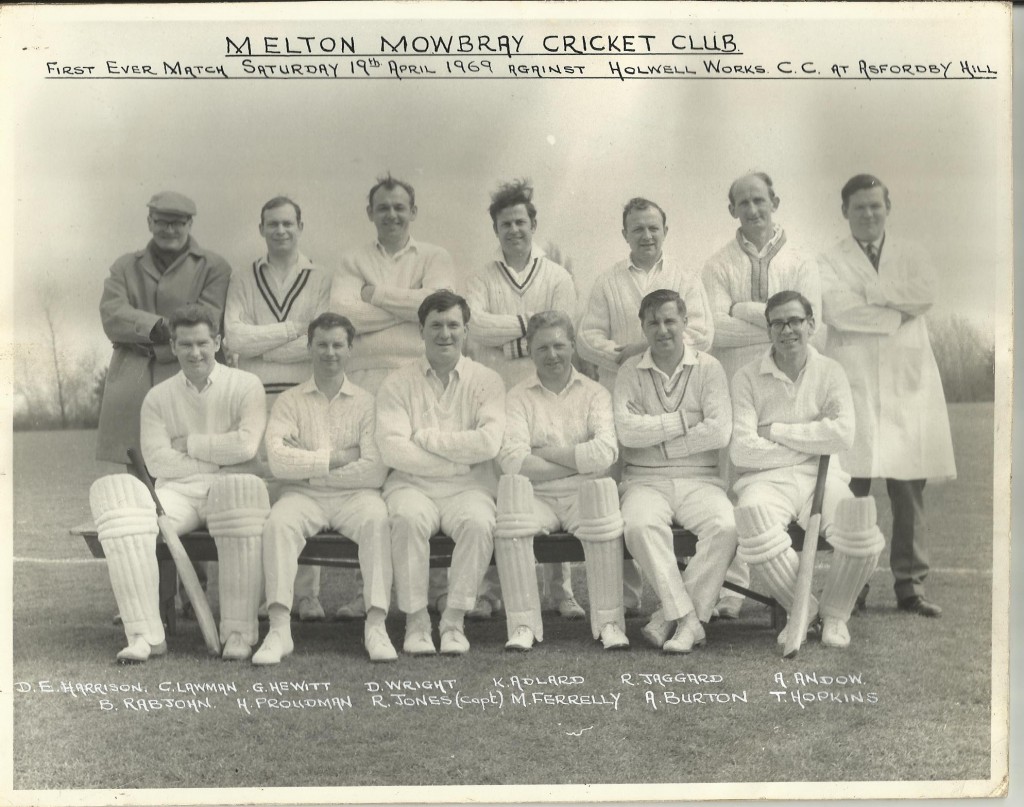 Before Christmas the All England Sports Ground Clubhouse hosted a unique gathering of some of the original 1969 team and players from the 1970’s and 1980’s. The evening started by looking over some original newspaper clippings and photos.
Attending the evening were current Club President John Evans, current Club Treasurer John Redwood, former player and Coach Geoff Kerman, Current League Umpire Chris Lawman, Original Club Member Tony Hopkins and long serving 1st Team player and Club Secretary Bob Hendy.
They were joined on the night by current Junior Club members who presented Club Caps to each. 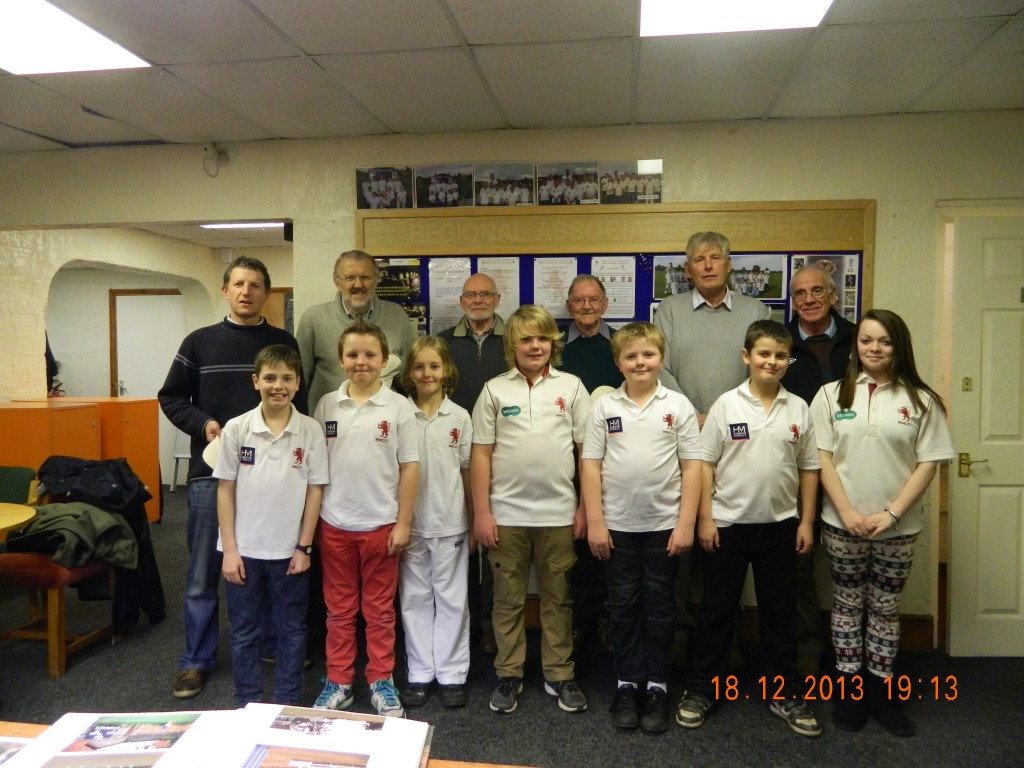 This was the first meeting of this type to record the history which when complete will be presented on the Clubhouse wall and club website for all players, old, young and new to see.
The group chatted for a couple of hours on the Club history and some memories of players and events.
Other Club nights like this to piece together parts of the Club history will happen later on this year. Other previous Club players have agreed to join in the next gathering.
Club Development Manager Peter Hood said “It was a great to see the former players mix and chat to the juniors about cricket. There is a lot of passion for the sport here” 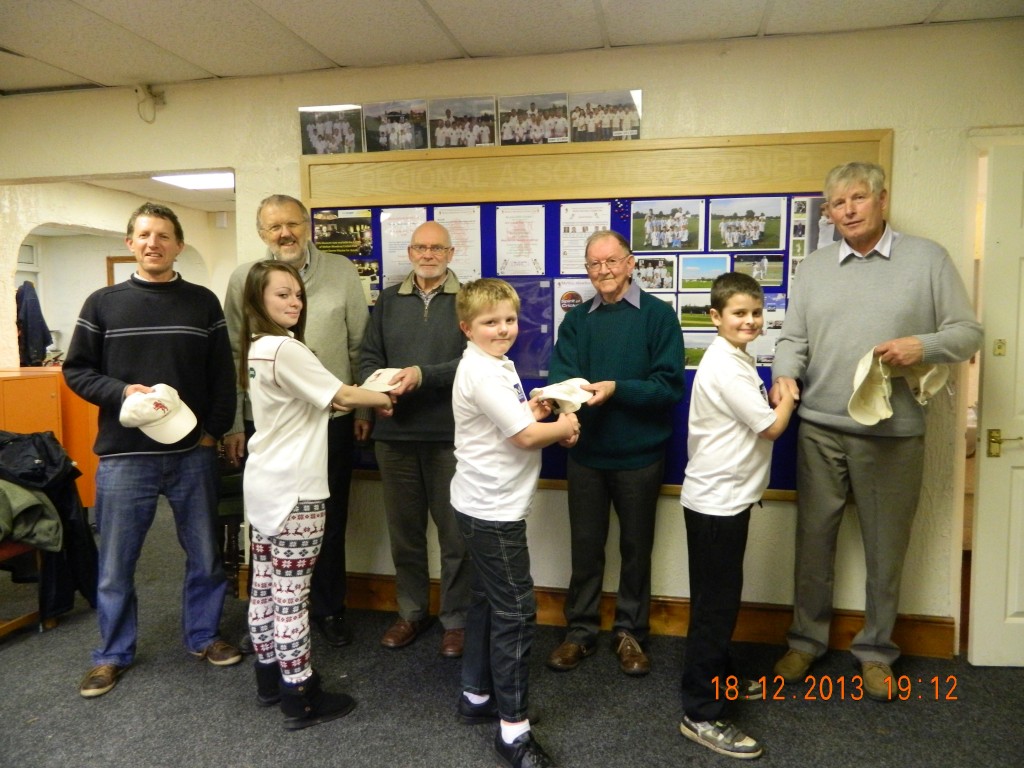 The Club is really keen to speak to former Melton Mowbray Cricket Club players and anyone who could offer information about our Club history.
We know that the Club was formed in 1969 but there is at least 100 years of cricket played at our ground (The All England Sports Ground) before this so any information would be greatly appreciated.